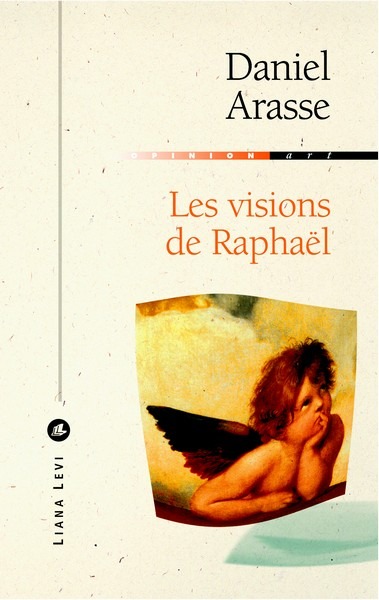 Considered along with Leonardo and Michelangelo as one of the three greatest representatives at the peak of the Renaissance, Raphael was particularly sensitive to the spiritual tensions stirred up by the triumph of humanism. Daniel Arasse retraces the thread of his artistic and religious evolution through the representation of a spiritual vision. Based on the analysis of artworks, this collection is comprised of two texts demonstrating how Raphael managed to visually express the profound and sometimes contradictory hopes and expectations of his contemporaries, and the way in which painting constitutes a specific and irreplaceable form of thought.

Former student at the ENS and member of the French School at Rome, Daniel Arasse, who died prematurely in 2003 at the age of 59, taught art history at the Sorbonne. Director of the French Institute at Florence from 1982 to 1989, he was research director at France’s School of Advanced Studies in Social Sciences (centre for history and art theory).

"If his work stands out and serves as a model today, it’s as much due to his own personal method as to the author’s perfect grasp of the fifteenth and sixteenth centuries." Le Monde
"For thirty years, the most subtle eye was brought to bear on Italian painting." Le Figaro
"Cases of such esthetic intellect, so prodigious and so lightly worn, are rare indeed." Esprit