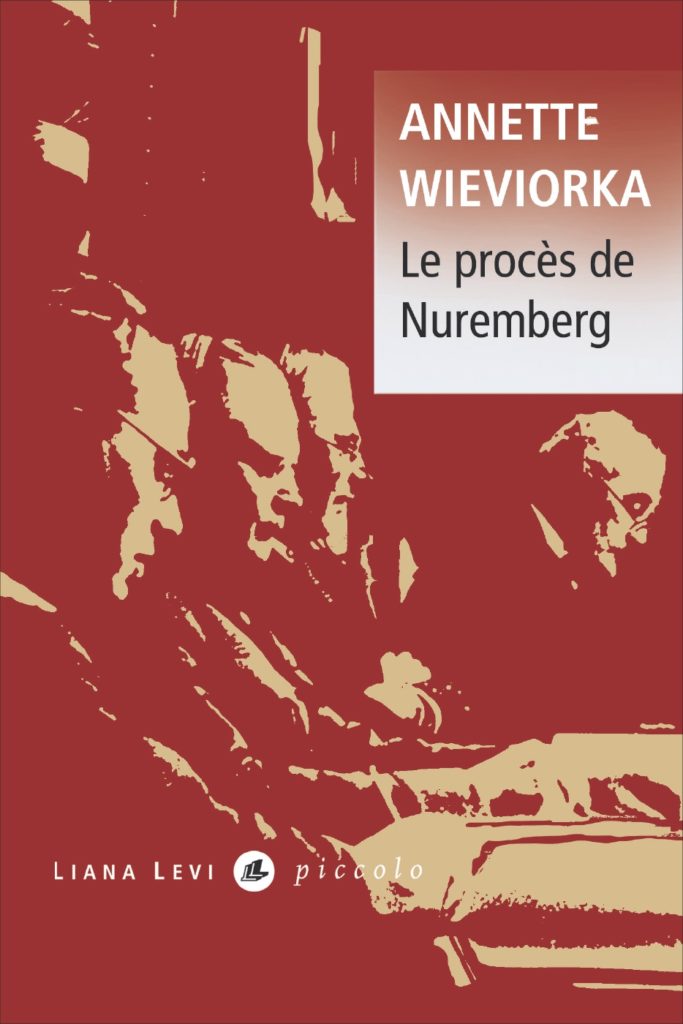 Nuremberg, October 1945: The trials, unique in the annals of history, were opened of the men who were the embodiment of Nazism. Over the course of a year, the likes of Himmler, Goering and Goebbels paraded into the defendant’s box.  At the same time as them, it was the criminal proceedings against genocide itself that was being put on trial, the first great « industrial » genocide in history for which the term « crimes against humanity » was coined.  This exceptional episode in history is recounted by Annette Wieviorka in what is the most important work on the subject in France.

Research director at France’s CNRS (national organization for scientific research), Annette Wieviorka was a member of a study group on the spoliation of the goods of the Jews of France.  She is the author of numerous articles and works on the history of the Jews in the twentieth century, on the genocide and its memory.  She has also contributed to two collective works published by Liana Levi, Mille ans de cultures Ashkénazes (1994) and Les Juifs de France (1998).

This title is published on the occasion of the sixtieth anniversary of the Nuremberg Trials.

"Obligatory reading in order to understand and explain this ‘eternal damnation of the memory of Nazism and the diabolical human beings who embodied it." Actualité juive hebdo
"An overview of the proceedings that took place in front of the first international court in history." L’Humanité