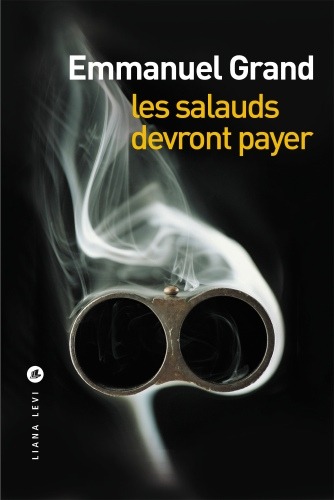 Between Douai and Valenciennes, Wollaing is one of those little northern French towns beleaguered by unemployment.The good Doctor Antoine Vanderbeken treats some of his patients free of charge. The less charitable Freddie Wallet works in strong-arm debt recovery on behalf of an illegal credit operation. So when Pauline Leroy, a young addict whom Vanderbeken had taken under his wing and who owes money to Wallet, is found murdered, the locals give free rein to their anger.Wallet is the designated guilty party and the bastard must pay—and all the other bastards along with him. Yet behind the murder of little Pauline, police captain Erik Buchmeyer and Lieutenant Saliha Bouazen will discover other grudges linked to the industrial past of the town. Here, everyone remembers the days when the Berga factory employed nearly a thousand workers.A time of full employment and the great union struggles, it was also the setting for violent clashes and dramatic accidents. Berga shut down at the start of the 80s and the abando- ned site has become a revolving door of serious drug trafficking. Perhaps the shadows of the villains of the past are crossing paths there with the murderers of today?
At times a social novel with troubling overtones, at times a fast- paced thriller, The Bastards Will Pay is a machiavellian story of vengeance and redemption. Emmanuel Grand here confirms his skill at interweaving devilishly well-paced and effective scenarios.

Emmanuel Grand was born in 1966 and lives in Colombes in the Paris region. Hisfirstthriller,Terminus Belz (LianaLevi 2014 and Points Seuil 2015), was selected for, among others, the 2015 Best Thriller Prize, and was sold to Germany (Aufbau) and Spain (Salamandra). He has already won three prizes: Prix PolarLens 2015, Prix Tenebris 2015 and Prix Polar SNCF 2016. An unpublished short story appeared in the summer collection of the «Petits Polars Le Monde-SNCF.»
« His incandescent thriller brilliantly rekindles the flame of the social crime novel. » Paris Match

« Emmanuel Grand confirms the hopes placed in him in this excellent social thriller; a gripping tableau of a France gone adift. » François Lestavel, Onlalu

« Half-thriller, half-social novel that, from many points of view, is in the same vein as certain titles by Didier Daeninckx. » Les Echos

« The rhythm is sustained, the language and style of formidable effectiveness. » Metro