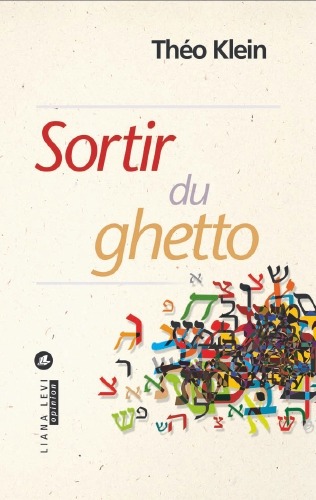 Being shut in – for Jews, this has a long history.  With its lot of forbidden entry and exclusion, of persecution and extermination, life has taught them mistrust, suspicion, and a societal turning in upon itself which goes against the grain of their traditional culture as nomads, curious about everything.  In their turn, Israelis have put this withdrawal into practice in the face of external dangers, going so far as to build their own wall… And here we are again, back in the ghetto!  The ghetto whose doors Napoleon and the Jewish emancipation movement sought to break down.  A protective and reassuring ghetto about which, in this time of globalisation, questions must necessarily be asked.

In his role as a well-known mediator, Théo Klein invites Israel, as well as Jews of the diaspora, to emerge from this withdrawal and to face others without fear.

Théo Klein is a major figure within the Jewish community.  A lawyer called to the bar of Paris and Israel, a former member of the Resistance, he was between 1983 and 1989 president of the CRIF (Representative Council of the Jewish Institutions of France).  Among other books, he is the author of Manifeste d’un juif libre (Liana Levi, 2002) and of Une manière d’être juif, conversations with Jean Bothorel (Fayard, 2007).