Accueil Foreign Rights Lucile Bordes I Am the Marquise of Carabas 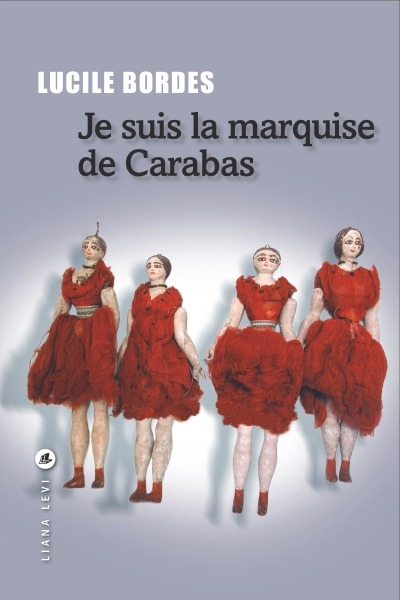 One afternoon, a young woman begins asking her grandfather questions and, listening to him, unearths her family’s unsuspected past : they are descendants of the Pitous, a famous dinasty of puppeteers who crisscrossed France with a surprisingly modern theater company. As the inheritor of this unusual story, the narrator imagines the halycon days of their journeys as traveling entertainers : the founding of the theater by Auguste, who leaves his job as a grocery boy in 1850 to follow the puppeteers ; their success at the turn of the century, brought about by Emile, a gifted director who incorporates the technological innovations of the era into the theater ; and their final transformation as the family settles down in the Loire and makes the transition into film. As a counterpoint to this history, the narrator sketches a sensitive portrait of her grandfather, of his last days, and perhaps of his regrets…Emphazing the art of elliptical storytelling over historical precision, Lucile Bordes achieves a narrative tour de force of poetic fantasy, sharing with us a century in the life of an extraordinary family – her own.

Lucile Bordes was born in 1971 in the Var region of France and now lives in La Seyne-sur-Mer. A lecturer in French language and stylistics at the University of Nice, she also runs writing workshops in the area. I Am the Marquise of Carabas, her first novel, is inspired by her grandfather’s remarkable memories. It was with him that the family history came to a definitive crossroad: “all fairground entertainers before him, all teachers after!”