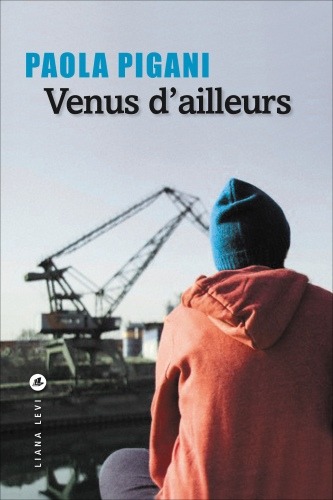 In the spring of 1999, Mirko and his sister Simona, twentyish Albanians from Kosovo, fled their war-torn country. The road to exile led them for a certain time to Italy, then to a transit camp in the French upper-Loire region. In 2001, they decide to try their luck in Lyon. Simona is a fighter and enthusiastic. She very quickly finds work, makes friends, and with astonishing determination learns French. She makes the deliberate choice of integration, while her brother, more reserved, carries within him a nostalgia for all he has left behind in Kosovo. For him, French is the language of the foremen and of the street. During the day, he works on building sites. At night, he sleeps in a shelter. In his free time, he makes for the outskirts of town where he paints the walls with furious graffiti. And this is how he meets Agathe, walks in and around the city with her, and, in the face of the still raw after-effects of war, shares a fragile kind of love.
With great restraint, this novel recounts the stages in the life of refugees in the metropolis that, from 1999, became the favored reception point for Kosovar exiles in France. Along the way: the beauty of the city, art, immigration, difference, liberty, and faith in human beings.

Paola Pigani grew up in the French Charente in a family of Italian immigrants. Today she lives in Lyon where she shares her time between her work as an educator and writing. Following her much-remarked first novel Don’t Come into My Soul with Your Shoes On (Liana Levi, 2013), awarded seven literary prizes, retracing the story of a gypsy family interned in Alliers from 1940 to 1946. From Elsewhere is her second novel.

“Magnificent and terrible chronicle of a life left behind for political reasons. A beautiful text, without pathos and full of poetry.”
Toutelaculture.com

« One of the strong novels of the new season. » Page des libraires