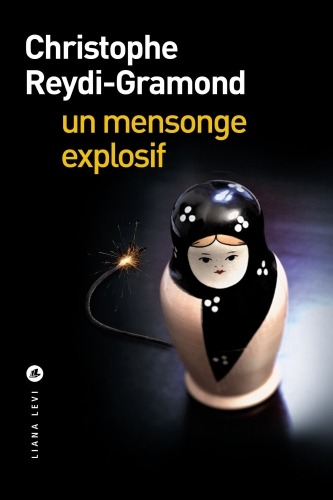 Industrial espionage and state lies in an awsome international thriller

On September 21, 2001, ten days after the attacks on the World Trade Center, an explosion at a chemical plant south of Toulouse, France, left 31 dead and 2,500 injured. The authorities immediately pronounced it “99% an industrial accident.” And yet, so many gaps, contradictory witness reports, and unlikelihoods prevent some observers from totally accepting the official version. But alternative hypotheses—sabotage, an attack—aren’t enough to explain the events that took place that day. The apparent suicide of a journalist who knew too much leads anti-terrorism commissioner Clovis  Lenoir into an investigation within an investigation where economic, political, and ideological stakes are all entwined.
A physicist who had defected to the East in the 70s, a secret agent in search of vengeance, an arrogant chief of staff, a predatory ex-trader, and an old lady who still believes in the Revolution are just some of the characters Clovis Lenoir will come across in this case whose roots lie deep in the past. In this ingenious thriller, Christophe Reydi-Gramond freely adds layers of deceptions on top of truths, leaving the reader delighted to have been so brilliantly manipulated.

Christophe Reydi-Gramond was born in Bordeaux in 1964. He has traveled the whole world, spending a year in Senegal and ten in the Caribbean. After a period in journalism and advertising, today he manages corporate communications for a large French enterprise and lives in the country in central France. Before undertaking the writing of An Explosive Lie, he published two novels for young people edited by Coop Breizh under the pseudonym Raymond Grady.