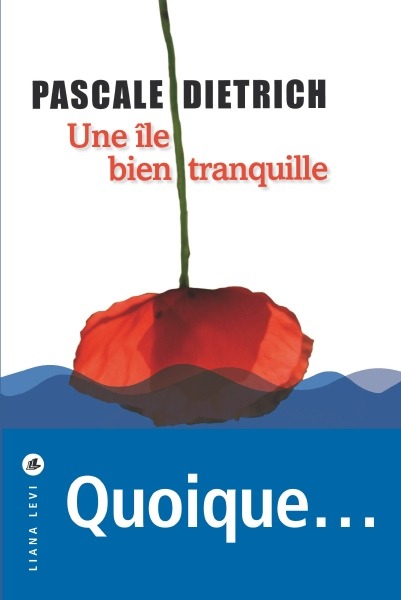 Between a thriller and a comedy, an inventive, biting, and irreverent novel about island life, relationships, and an unexpected band of criminals…

After years of absence, Edelweiss returns to Trevedic, the quiet little island where she was born, to bury her father. According to the local police, the botany enthusiast and respected mayor of the island fell from a cliff on a day of high winds. But the young woman doesn’t quite believe it. She also notices that the islanders have changed their habits: the houses have been freshly painted, the neighbors have installed surveillance cameras, some own yachts or luxury cars, and her father himself had amassed a tidy fortune before his death. When tennis balls decorated with skull and crossbones land in the garden and she finds the head of Pasqua, the family dog, in the refrigerator, Edelweiss decides to extend her stay to clear up these mysteries. It’s also an opportunity to put a little distance between herself and life in Paris and Walter, her yuppy «bit of a jerk» boyfriend.

Pascale Dietrich was born in Tours, France, in 1980 and currently lives in Paris. A researcher at INED (National Institute for Demographic Research), her work concerns the inequalities in housing and living conditions of the most disadvantaged. She has published several  short stories in reviews and collections (Monsieur Toussaint Louverture) as well as a first novel (Le Homard, Polaroid Collection, In8 Publishing, 2013)

“In this thriller, the characters are incongruous, the situations bizarre, the murders mysterious, and the conclusion totally immoral.” Le Télégramme
“An ironic novel, inventive and deliciously unexpected.” Lire
“Electric atmospheres and anguishing behind-closed-doors scenes under a Turner-like watery sky.” Avantages
“A lovely discovery, a lovely surprise, a real treat of a read.” Unwalkers
“This novel has everything it takes to be a success: short and funny with a little hint of the dark side.” Librairie Pages d’encre, Amiens
“It’s with delectation and a smile on our lips that we savor these short narratives with the flavor of Brittany.” Biblioblog